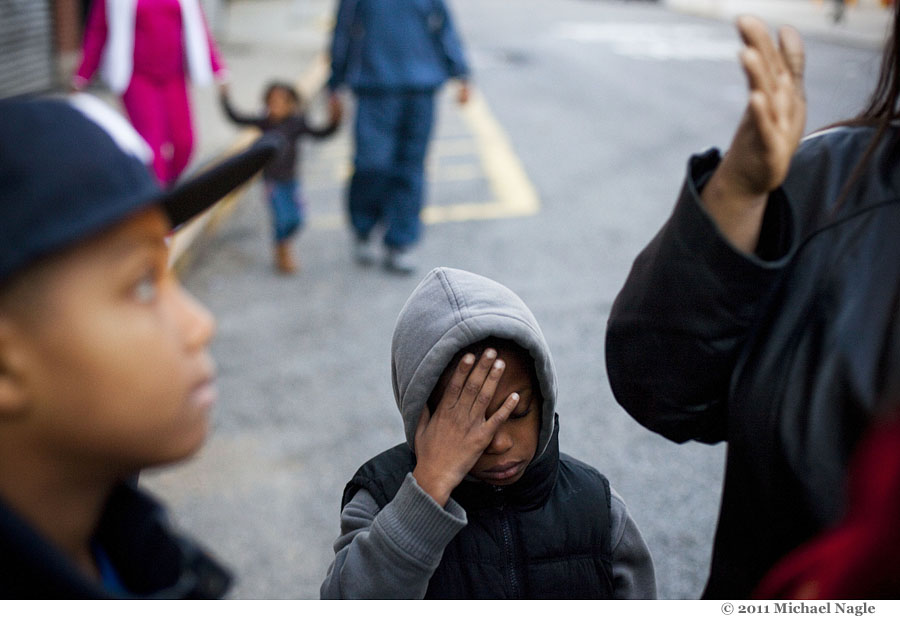 Before taking part in a march protesting violence, Devin Dawkins, 5, stood beside his mother at the site of what the police said was a gang shooting in Brownsville, Brooklyn, that killed Zurana Horton as she picked up one of her children from school. At least 12 shots were fired, the police said, and Ms. Horton tried to shield several children. She was fatally struck in the chest, the police said. Three people have been arrested in the case.  Photograph by Michael Nagle for The New York Times.